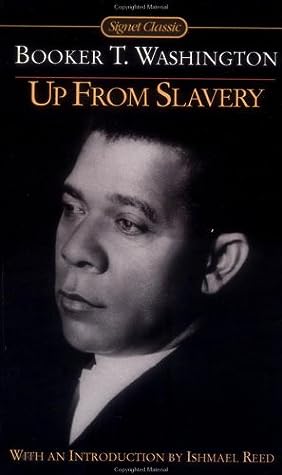 I’ve been ruminating on the work, life and philosophy of Booker T. Washington ever since I posted this Jason Whitlock video as my last Friday Fave. To that end, I thought it would be good to begin the week with some of the most profound quotes from his autobiography, Up From Slavery.

His thoughts on education:

“Education is not a thing apart from life—not a “system,” nor a philosophy; it is direct teaching how to live and how to work.”

This shouldn’t be novel, but it feels like it in this current zeitgeist. More:

“The ambition to secure an education was most praiseworthy and encouraging. The idea, however, was too prevalent that, as soon as one secured a little education, in some unexplainable way he would be free from most of the hardships of the world, and, at any rate, could live without manual labour.”

I loved that, because it speaks well to our current situation, where education is not a means of personal development in life or training in productive citizenship, but as a way to get out of having to work hard. Shame on us for propagating a hatred of hard work!
I recognize that in a cognitive economy, manual labor is prohibitive as a means of making a living. However, that’s a different matter from raising an entire generation of people who are unwilling to engage in manual labor, both due to lack of skill as well as on principle.
On the subject of the role and limitations of government:

“Among a large class, there seemed to be a dependence upon the government for every conceivable thing. The members of this class had little ambition to create a position for themselves, but wanted the federal officials to create one for them.”

He offers an alternative solution:

“How many times I wished then and have often wished since, that by some power of magic, I might remove the great bulk of these people into the country districts and plant them upon the soil – upon the solid and never deceptive foundation of Mother Nature, where all nations and races that have ever succeeded have gotten their start – a start that at first may be slow and toilsome, but one that nevertheless is real.”

Washington again points out the place which is a truly level playing field, in the real world, in the dirt, working hard. More:

“I have begun everything with the idea that I could succeed, and I never had much patience with the multitudes of people who are always ready to explain why one cannot succeed.”

So much for victimhood, but when you read Up From Slavery, it becomes painfully apparent why Booker T. Washington is held in low regard by many progressives. Despite the amazing work he did with the newly freed slaves and the exceptional accomplishments he achieved The Tuskegee Institute, his failure to fully embrace a narrative which denied the God-given agency of black Americans still relegates him to the fringes of the historical black American record. And that’s too bad.
Hope this provided food for thought.
Happy Monday, all!