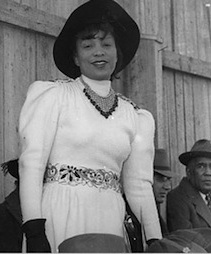 The Reading Room rotation consists mainly of Christian books (both doctrinal and historical), books relevant to my personal history, historical fiction, classic fiction, and children’s books. All else is tier 2 stuff that I may or not get around to depending  on reviews and research.

Of late, I have spent a fair amount of time going back over what I thought I knew about my place of origin, and black American culture worth embracing (circa 1900). This brings me to my extensive study of Zora Neale Hurston.

Because I heard a lot about her as I grew up, I thought I knew a lot about her. My gathering of her writings was prompted mainly by the fact that reading her books offers me insight into my hometown. I then stumbled into learning about her rather than simply remembering odd facts from elementary school.

Hurston, widely embraced after her death while largely ignored most of her life, was in many ways a larger than life persona. Even the black feminist writers of the 80’s and 90’s, who revived her from obscurity, have a love/confused relationship with her. Her politics, views on relationships, and unwillingness to engage in racial victim-hood put her at odds with much of what they embrace.

In fact it was this very thing that caused her to be largely dismissed by the writers of the Harlem Renaissance. A cursory, unthinking post modern person would assume they criticized her because she was a female in a male dominated movement. That was however, not the case. They disliked Hurston’s work because she refused to write about black life in relation to white America. She didn’t think it did justice to the life and culture of blacks to pretend that their lives held no joy or worth except as compared to the white American mainstream. From her Dust Tracks on a Road:

“I am not tragically colored. There is no great sorrow dammed up in my soul, nor lurking behind my eyes. I do not mind at all. I do not belong to the sobbing school of Negrohood who hold that nature somehow has given them a lowdown dirty deal and whose feelings are all hurt about it. Even in the helter-skelter skirmish that is my life, I have seen that the world is to the strong regardless of a little pigmentation more or less. No, I do not weep at the world—I am too busy sharpening my oyster knife.”

This permeated her writing and her refusal to get in on the racial protest writing that typified the acclaimed writers of the Harlem Renaissance stood in the way of her ability to be widely accepted. Much was and has been made of Richard Wright’s criticism of Hurston, but they simply approached what it meant to be black in America from different angles. To Wright, being black was serious business, while Hurston viewed it as a simple fact of her life which carried some good, and some bad along with it. Same as everyone else. It wasn’t that she was unaware of discrimination:

Sometimes I feel discriminated against, but it does not make me angry. It merely astonishes me. How can any deny themselves the pleasure of my company? It is beyond me.

It was simply that she didn’t let it define her. The thing most bewildering to today’s cadre of black writers and activists, however, were Hurston’s politics. She wasn’t a liberal. That much is obvious. And although the neocons of today try to co-opt her views as evidence that she would be Republican were she alive today, it is probably closer to characterize Hurston as a libertarian, more akin to Ayn Rand than Ann Coulter. She recoiled against being treated as an inferior creature, and it didn’t matter if it was to her supposed benefit:

“It seems to me that if I say a whole system must be upset for me to win, I am saying that I cannot sit in the game, and that safer rules must be made to give me a chance. I repudiate that. If others are in there, deal me a hand and let me see what I can make of it, even though I know some in there are dealing from the bottom and cheating like hell in other ways.”

On the idea of one black person’s actions being a credit to or an indictment of us all:

“Now, suppose a Negro does something really magnificent, and I glory, not in the benefit to mankind, but in the fact that the doer was a Negro. Must I not also go hang my head in shame when a member of my race does something execrable? . . . The white race did not go into a laboratory and invent incandescent light. That was Edison. . . . If you are under the impression that every white man is an Edison, just look around a bit.”

It has been enlightening and fun to read and learn about this woman whose re-emergence put my hometown on the map.

If not for a few profound differences,  I’d say Hurston was my kind of woman.